Summary: in this article, I explain two developments within e-commerce based on the example of Mr Bags. These developments are: how selling feelings and lifestyle has become central to consumption, and how social media has decentralized this process.

In this video we see an interview with the famous Chinese influencer/Key Opinion Leader Tao Liang, better known as ‘Mr Bags’. What makes him special is both the trajectory of his career as well as the way in which he sells his ‘goods’. If we take a broader perspective, Mr Bags is a representation of larger developments within (online) consumption. In this article I will discuss these developments based on the case of Mr Bags. I will consider two developments in particular: consumption as lifestyle and social media as marketplace. The first is a long term development beginning in the early 20th century, now more relevant than ever due to the rise of marketplaces. The second development is the way in which social media platforms are becoming marketplaces in themselves.

The goal of this article is to give broader context to the changes within e-commerce. Often, we are only focused on the short-term innovation of our brands and the implementation of current online strategies. By taking a broader perspective, we can understand the chaotic and fast-paced changes inherent to our industry.

Before moving on, it is important to have a basic understanding of the following concepts:

Consumption has become a part of expressing one’s lifestyle. This is not at all a new development, however. Indeed, those of you who have watched HBO’s Mad Men know that linking lifestyle to consumption is a development that started in the 60s with the Coca Cola commercial of 1971 as a prime example.  An earlier example of successfully selling ‘lifestyle’ as a product was the Disney theme park, opening up in the first half of the 20th century. Even now, the brand ‘Disney’ is synonymous with happiness. Sociologist Alan Bryman analysed Disney’s theme parks, and found four key elements in explaining their success:

Although these four elements were distilled from Disney’s theme parks, these elements are incorporated by most, if not all successful brands. Just think about how M&M, Nike, Lego, Apple, Starbucks, etc. sell their brand, and compare that experience to the four criteria mentioned above.
When we compare the four elements to the example of Mr Bags, we get a clear view of how he sells his brand. To begin with theming: the name says it all. Tao Liang (the birth name of Mr Bags) differentiates himself from others on social media by explicitly theming what he does. Combining forms of consumption is a less prominent aspect of the Mr.Bags brand. However, we do see a clear broadening of products. The influencer began as entertainer journalist writing about bags, slowly added advertised content and moved towards selling his own brand. Merchandising fits better with Mr.Bags’ brand. The bags sold in the video at the beginning of this article are by Italian fashion brand TOD, in effect making it merchandise. Lastly, emotional labour is at the core of Mr Bags’ success. A large part of the success of the brand is that his audience wants to be associated with the image of the personality. Especially within Chinese culture, it is important to have a certain ‘face’ and to create trust with your potential customers.

How Social Marketplaces Make A Difference

When comparing how established (Western) brands sell their lifestyle to new social media Key Opinion Leaders (KOL) like Mr Bags there are two substantial differences. First of all, the lifestyle name is based on the person, not on the the brand. Sure, established lifestyle brands use high profile media personalities to sell their brand, and KOL like Mr Bags can use brands in order to strengthen their own credibility. The key difference is the goal of the collaboration. It seems that personal branding is more successful within social media marketplaces: it is easier for the potential customer to identify with a person than with a brand. Especially in China, where personal connections are at the center of (business) interactions, it is important to know the (perceived) personality of the seller. Therefore, it is not surprising that the East is further with this trend.
The second difference is the way in which social media is used. For a traditional brand, social media is primarily an outlet for marketing. Fundamentally, the way in which a brand like M&M uses Facebook is not different than how it uses ads on more traditional media like TV and magazines. Mr Bags uses social media as a marketplace, in addition to it being a marketing platform. In the video at the top, you can see that he uses WeChat (China’s Facebook, WhatsApp, and more) to communicate to his followers, and to sell them bags.
The way in which social media are becoming more and more like marketplaces is reinforcing the rise of personal brands like Mr Bags. It is no surprise that the Chinese WeChat is forward-thinking in this regard. For the Chinese, the prominence of individual reputation is part of centuries old traditions relating to social convention. I will explore Chinese perspectives on marketplaces in more detail in a later article. In the West, social media platforms like Instagram and YouTube are playing catch-up, only recently starting to incorporate marketplace mechanics into their services. With these developments it’s a save bet to assume that social marketplaces will only became more important in the future.

In this article I have given a perspective on the phenomenon of KOL on marketplaces. Using Mr Bags as an example, I have shown that his method of selling is part of a continuing trend of selling products as lifestyles in part developed by Disney. Furthermore, I explained how the rise of marketplace elements within social media facilitates the marketisation of KOL.
In the future, it is likely that these figures will only became more important. It is therefore important for brands to take advantage of the new opportunities these developments bring, and to adjust your strategies accordingly. In the meantime, I’m curious to know how you see the future of social media marketplaces. Please send your thoughts on the subject to ivo@brandsom.nl.

About Brandsom
Brandsom is a consultancy firm specialised in brands on marketplaces. We help brands with the creation, implementation, and maintenance of their presence on marketplaces.

About the author
Ivo Verhoef is Assistant Marketplaces at Brandsom and has a Masters Degree in Politics, Society and Economy of Asia from Leiden University. He is interested in the rapidly changing marketplaces of China, in particularly how we can learn from their innovation.

Get in touch with Ivo

Fill out the form and let Ivo get in touch with you to discuss what Brandsom can do for you! 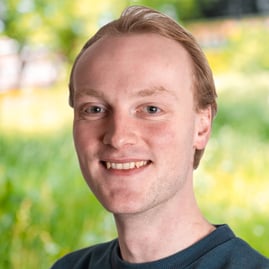 Will Alibaba overtake Amazon in the West?

Will Alibaba also become dominant in the West? Alibaba had a great quarter, expanding our user base to 674 million annual ...
Start Reading

We help brands with their marketing and sales on marketplaces including Amazon, Bol.com, and Zalando. Our trained marketplace advisers will help you with creating and supporting the integration and optimisation of your brand on marketplaces.